If there ever was

I'm participating in a quite unique exhibition that only consists of the smells. It's about extinct and impossible smells.

What I've made for this exhibition was the scent of Stasi Smell Jar - the scent of a citizen of East Germany that was captured his/her body odor without being aware of it. You can view the extraction and composition process on the following page:
If There Ever Was

The catalogue comes out with the smells printed on it. Please read further information below about the exhibition and the catalogue.

If there ever was:

an exhibition of extinct and impossible smells

Reg Vardy Gallery is proud to host If There Ever Was: an exhibition of extinct and impossible smells.

In his book of essays entitled, Late Night Thoughts on Listening to Mahler’s Ninth Symphony, the physician Lewis Thomas wrote, “The act of smelling something, anything, is remarkably like the act of thinking itself.” And it is with this appreciation of smell as comparable to thought and interpretation that the exhibition If There Ever Was considers scent as integral to the perception of abstraction and representation.

Scent is the essence of physical presence and lends proof to our surroundings. Contrastingly, the fourteen scents re-created for If There Ever Was are inspired by absence. Like a cabinet of intangible curiosities, their forms are drawn from disparate stories throughout history for which few, if any, objects remain. And although it would be easy to pass the exhibition off as a work of pure fantasy—the product of an over-active perfumer’s imagination—beneath the olfactory theatricality lies a serious scientific basis, says James Wong, a botanist at Botanic Gardens Conservation International, UK.

For the exhibition, Wong helped to re-create the bouquet of four extinct flowering plants by trawling through an extensive list of extinct flowers to identify entries that were closely related to existing scented species. He then combined historical reports of how these extinct plants smelt, with the fragrance of their living relatives, to remix the specific ancient aroma.

From the acrid surface of the sun to the atomic blast at Hiroshima, visitors to the exhibition will be able to experience scents produced by the most renowned fragrance designers in the world.

A book of smells accompanies the exhibition, ISBN: 978-0-9557478-0-9. This hardback publication is on sale at Reg Vardy Gallery (rrp £12.00) and is distributed by Cornerhouse, www.cornerhouse.org. If There Ever Was: a book of extinct and impossible smells is published by Art Editions North.

The following fragrance houses have generously donated to this exhibition: International Flavors & Fragrances, Symrise, and Givaudan.

Reg Vardy Gallery is open: Tuesday 10 am to 8 pm, Wednesday to Friday 10 am to 6 pm and Saturday by appointment. For more information please call 0191 515 2128, email robert.blackson@sunderland.ac.uk

from the site:
Reg Vardy Gallery
Posted by Maki Ueda at 05:21 2 comments:

Labels: [If There Ever Was], announcement

The Body Odor as the Outer Skin

The Amsterdam-based dance company EG | PC has asked me to extract the body odor from the costumes of the dancers. The extracted essence will be presented as a perfume during the Holland Festival 2008. 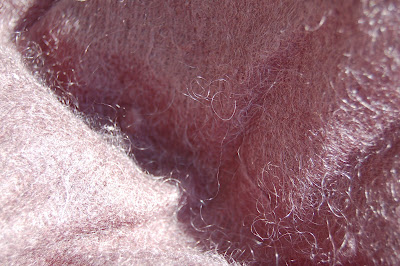 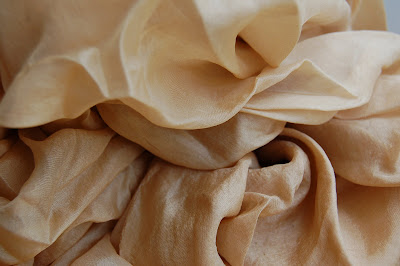 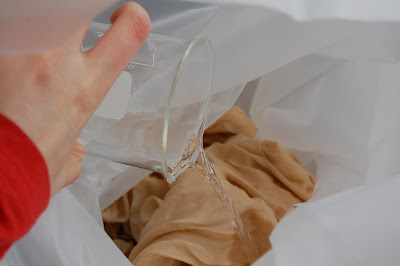 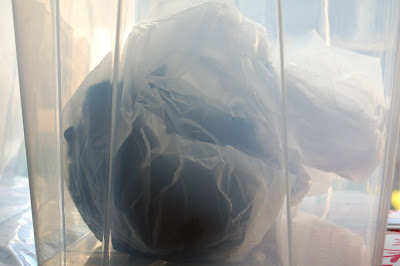 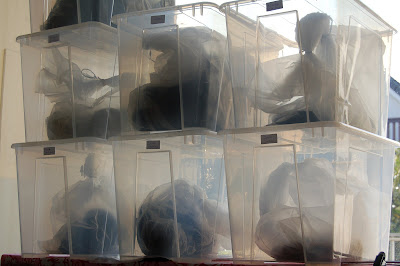 Extracting the body odor is quite well known concept and done by many people in the past; for example, the former East Germany secret police Stasi has been capturing the body odor of the citizens to make a sort of scent archive that can be used for tracing a person.

I myself became more aware of the body odor, and actually the sense of smell in general, when I gave a birth in 2004. It's quite well known that the new born baby can already locate where the mother's nipple is by the sense of smell. My body odor for the baby was the lifeline, and his odor was for me the happiness itself. Gradually his odor changed and he started to smell like a sweaty kid. I regret now that I didn't capture his sweet, milky baby odor.

Since then I've started extracting and capturing the scents of the daily life like food and drink, material, person, and the environment. It's also for me the way to explore the culture. Until now I've been developing the different extraction techniques, and it still never ends.

By the way, what comes up in your mind when you think of the odor of a person? The odor of the armpit, or the odor of the foot? Quite remarkable, but they are just the parts. Besides them you are also smelling the skin, a perfume that the person is wearing, and a perfume that is in the shampoo or body lotion. You also smell, together with the sweat, the material of the clothes; the wool has the animalic smell, and the linen has the woody natural smell.

In this work I target on such total odor that the components are indivisible to each other.The extracts are "the body odor as the outer skin", as the working title.
Posted by Maki Ueda at 18:20 No comments:

Hearing that the microencapsulation of the fragrance oil for the exhibition "If There Ever Was" was not successful, I have tried to make the stronger extract with the higher temperature (70 - 80 degrees) this time. 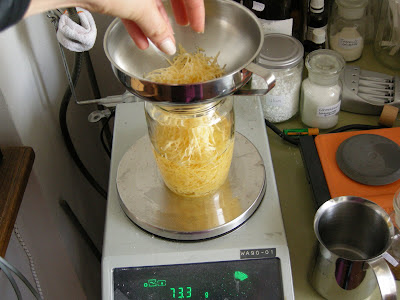 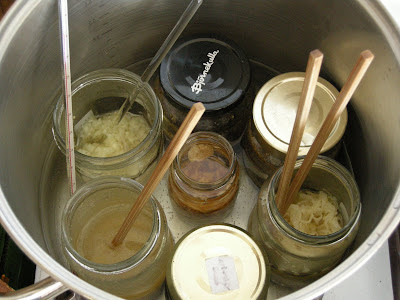 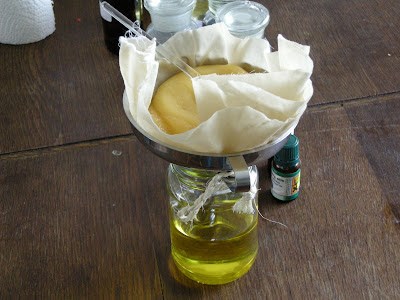 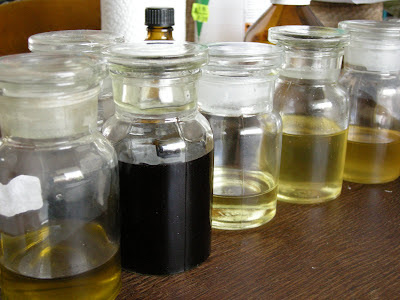 Perhaps I'd be the only one in this exhibition who is making the extract from the scratch...
Posted by Maki Ueda at 19:37 No comments:

Labels: [If There Ever Was], experimentation + process
Newer Posts Older Posts Home
Subscribe to: Posts (Atom)