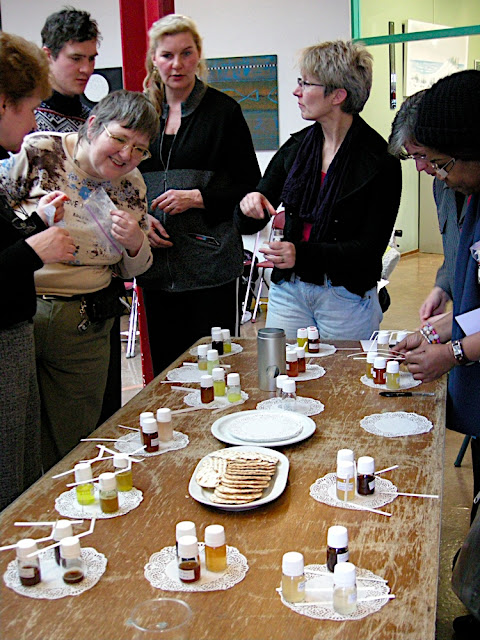 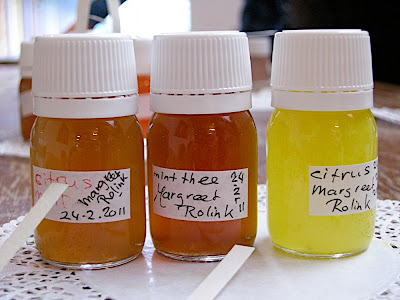 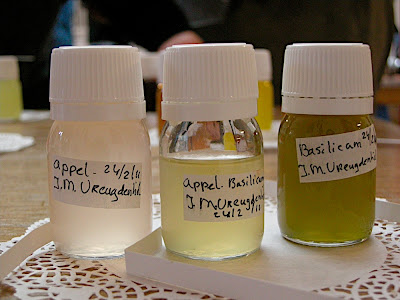 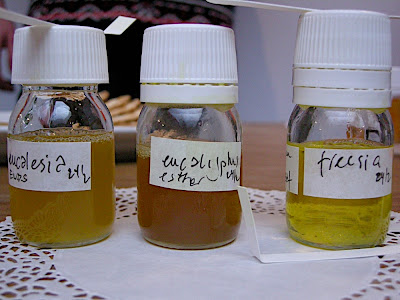 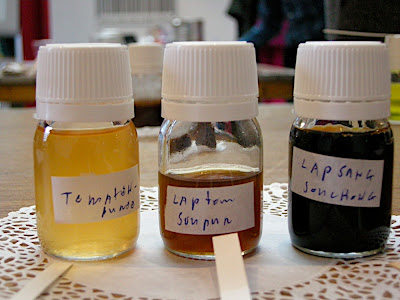 We got biological vodka sponsored by RUUT. 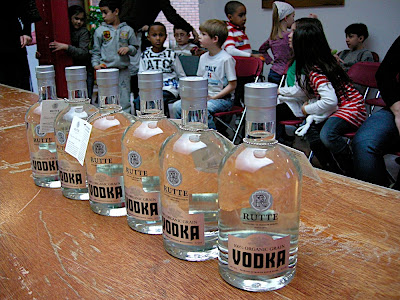 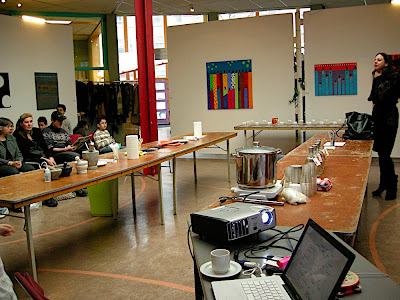 http://ueda.nl/index.php?option=com_content&view=article&id=4%3Aeetbaar-parfum-workshop-rotterdam&catid=3%3Anewsen&lang=en
Posted by Maki Ueda at 19:21 No comments:

[leiden] *SOLD OUT
12th of February
18:00-dinner, 21:00-performance
@ Scheltema Complex (Marktsteeg 1, 2312 CS Leiden)
Entrance: 29.5 euro (including dinner)
reservation till 11th february 12:00
http://scheltemacomplex.nl/Agenda/Scheltema_Valentijn/
[amsterdam]
20th of March
20:00-
@Steim (Achtergracht 19, 1017 WL Amsterdam)
http://www.steim.org/steim/
!!! Please do not wear perfume in the performance !!!
MEMBER
Chiaki Horita (dance)
Yota Morimoto (electronics)
Akane Takada (mini koto)
Ryoko Imai (percussion)
Maki Ueda (olfactory art)
Oyuki (art)
Noriko Koide (composition,violin)
MORE INFO
http://sukebeningen.org/
- What is Sukebeningen Project?
Sukebeningen Project is a project to create multidimensional works of art based on characteristically Japanese eroticism. We explore the cultural differences in the conception of eroticism between the Netherlands and Japan from many different angles such as music, electronics. dance, fine arts, and olfactory art.
- The name "Sukebeningen"
The name of the project "Sukebeningen" comes from the beach Scheveningen in Den Haag, the Netherlands. Japanese pronounce the word "Scheveningen" /sukebeningen/. The word "sukebe" means somethig like "lecherous" or "naughty," and "ningen" means human being. So "Sukebeningen" means a naughty man. In Japan, therefore, Scheveningen is well-known as a beach with a funny-sounding name. One might say the name is ambiguous: for Dutch, it refers to the beautiful beach; for Japanese, it refers to a naught man. For both peoples, the name of the project is very familiar.
- Why eroticism?
One's conception of eroticism reveals his or her sexual sensitivity at a very personal level. At the same time, eroticism reflects the taste of a people at the cultural level. Indeed, eroticism is an important aspect of the cultural aesthetics.
Everyone is interested in eroticism, and how different cultures conceive of it. But, it is also a sensitive topic, and it can be difficult to talk about it. We want people to enjoy our works personally and casually, although at the same time we deal with eroticism honestly and seriously.
ABOUT THE PIECES
[MOON]
The piece is based on Tanizaki's essay "Love and Lust." During the piece, the room will be completely dark. Please enjoy the piece using not only your eyes and ears but also your other senses.
---quotation of the essay---
- Women come together with Night always
- Women are hidden in the inner part of the dark of night, are not appeared in the day time, are appeared like a illusion in the dream world. It is pale like moon light, faint like a sound of insect, fragile like a dewdrop on the grass...
- Eastern women are inferior to Western women in the beauty of figure and skeleton, but in the beauty of the skin and its texture, Eastern women are superior to Western women...
- in short word, in the male side, western women is good for looking than hugging, and eastern women are opposite.
- it is more aesthetic to delete individual color of each woman
scents:
The scent of a white flower that blooms at night for attracting moths
[SHIJYUHATTE]
Shijyuhatte is a Japanese kama sutra, originally it is a generic name of Sumo technique which decides the game. Derive from that, it has been used as a catalogue of the 48th postures of sex in Syunga since the Edo period. Each position has a poetic name. The names give us the impression of the rich imagination of the people in Edo period.
The choreograph is based on these 48 position of sex, and the music is based on the sound that actually existed in Yukaku (Japanese red light district) where Yujyo was. Moreover we put the element of Ozashiki-Asobi (game or play with Yujyo in Yukaku) such as Hauta "Ume ha saitaka" (song of Yujyo), Long pipe which is the symbol of Yujyo, song with game "Konpira-funefune." The reason is that there was a sophisticated culture that enjoy communication with Yujyo though the games and plays more than sex itself in Yukaku in Edo period.
scents:
The scent of cherry blossoms
[THE TATTOOER]
The piece is based on the short novel "Shisei (the Tattooer)" written by Jun-ichiro Tanizaki. The premiere of the piece is 2010, in Den Haag Het Nutstheater. This is the revision of it. The novel "Shisei" includes some stimulative contents about expression of love such as a fetishism for leg, sadomasochism and so on. A lot of works of Tanizaki which have his peculiar view of the world were made into moves, and Shisei is also one of them. In this moment, we do not use "language" in the piece and try to express it more abstract way, music, dance, art, perfume.
The first scent:
Jinko, an aphrodisiac incense that used to be diffused permanently in the Japanese red light district in the old days. It symbolizes the ecstasy.
The second scent:
Shoko, an incense that is dedicated at the Buddhistic ceremonies and funerals. It symbolizes the death.
Posted by Maki Ueda at 19:42 No comments:

http://www.youtube.com/watch?v=HrN8wGcLxb8&feature=player_embedded#
Posted by Maki Ueda at 05:33 No comments:

excerpt from:
Radio Netherlands Worldwide, 4th of Feb. 2011
http://www.rnw.nl/english/radioshow/sensing-our-environment
Earth Beat, 4 February 2011. From using smell in both architecture and art to influence behaviour and emotion, to customising soundscapes, we examine how smell and sound affect the way we do things.

Sensory architect
Smell has powerful effects on our behaviour. Richard Mazuch is a director at Nightingale Associates, an architectural firm in London that specialises in this kind of thinking. When he designs hospitals and schools, he takes smell into consideration. He explains how scent can help speed up the healing and learning processes and why his colleagues should stop ignoring it.
Olfactory art historian
Smell has been indirectly used in art since time began. Caro Verbeek is an olfactory art historian or, as she likes to put it, an art historian of the other senses. Host Marnie Chesterton paid her a visit to find out exactly how much olfactory art history there is, and what it is that artists are trying to convey about the environment we live in when they use smell.
Smell artist
Maki Ueda is a visual artist who uses the medium of smell to intensify her work. One of the things she does is try to capture the smell of a place. Marnie went on an olfactory tour of Rotterdam, where Maki lives, and talked to her about what she does.
Smell map
We like the idea of a smell map. Particularly if you can use it to find the way to the one you love. Ross Sutherland has some poetical instructions.
Making the world sound beautiful
Julian Treasure, author of the book Sound Business and chairman of the UK-based consultancy Sound Agency talks to Marnie about how companies can save money and drastically increase staff productivity and profits from the sound they produce. Julian creates what he calls soundscapes, which he believes have an enormous impact on or health and sanity.
Click image for slideshow
>>
Posted by Maki Ueda at 20:18 No comments: